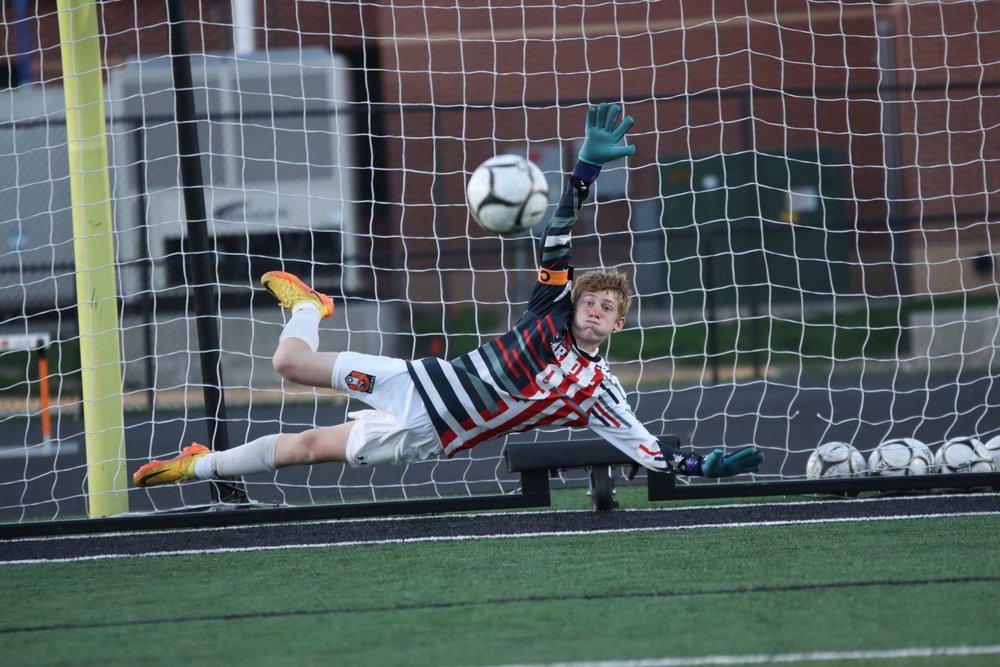 Boys Soccer - A PK Save to Win!

Monday night the boys soccer team competed against Logan-Magnolia. The boys fought for a full 80 minutes with both teams scoring 2 goals leading into overtime play. After two overtimes, the score was still tied 2-2. This brought the teams to penalty kicks, with each team getting 5 kicks to determine the winner.

Carroll was up first with Clayton Weitl shooting. He scored. Then Logan-Magnolia shot next and it was good as well. Carroll shot 2 more in a row, both going in. Logan-Magnolia shot again and it was good as well. But their third shot was saved by goalie Tanner Heithoff. The Tigers shot their 4th and missed just hitting the crossbar. Logan shot their 4th and made it.

Now the teams were tied. Carroll shot their 5th and final ball and it was good. The Tigers needed a big save to win this game. Logan-Magnolia's Baker Lally,  took the final shot and it was saved by Heithoff to end the game. The Tigers stormed the field to celebrate the amazing win.

Watch the final save by Tanner Heithoff here.